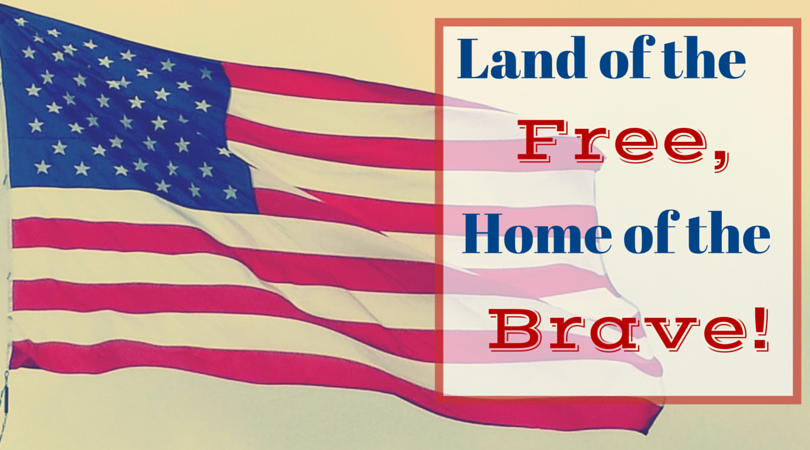 Land of the Free, Home of the Brave…

We hear and sing these words all the time, but do we really think about what they mean? Most people in the United States of America never give these words a second thought. We often take our freedom. We do not see freedom as a God-given right for which others dream and for which people fight and die.  However, my mother raised me to understand what these words meant.

My mother started out life as a child of privilege. Her family had a cook and a maid. Her father was a Korean government official before the Korean War. 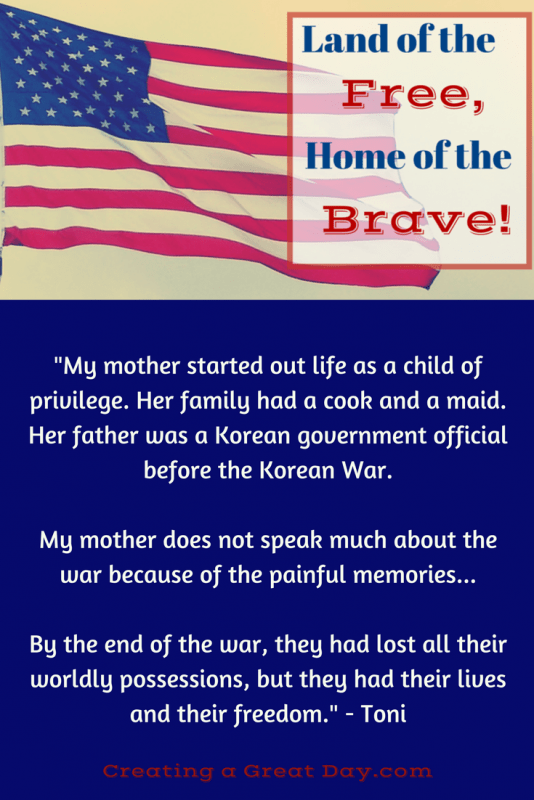 My mother does not speak much about the war because of the painful memories.  I do not know all, or even most, of what she endured. I cannot even imagine what her family lived through.  When war broke out, her father had to go into hiding. Because he was a government official, he was wanted by the Communists.  He lived in a hole in the ground and her brothers sneaked food to him when they could. I am sure it was worse than we could imagine.

By the end of the war, they had lost all their worldly possessions, but they had their lives and their freedom.  Gone were the servants and all the luxuries. They had all survived.  There were still a lot of restrictions in post-war South Korea.  The government restricted travel, and they monitored speech.

Years later, my mother had a chance to come to the United States, where she met and married my father.  This country afforded her more than she could imagine as a child growing up in a war-torn country, things we take for granted.  She could do what she wanted, when she wanted.

My brother, sister, and I were born in this country. My mother raised us to love the United States and what it stood for. As a child, I did not fully appreciate what my mother had taught us about her life.  As a homeschooling mom reading the Declaration of Independence to my children for the first time, it truly hit me what the signers of that Document gave up for us. They declared their freedom from a tyrant so that we might live in a free country.  They risked their lives for a cause in which they believed.

I am so grateful, even with all the turmoil in our country now, that God allowed me to be born and live in this country.  For now, we still have freedoms that most people cannot even imagine.  When this country is all one knows, it is easy to take it for granted. It’s easy to not realize how fortunate we are that God inspired our founding fathers to take that leap.

I have seen my mother cry when “The Star Spangled Banner“ is sung.  She is so grateful to live in a country so free. Just as my mother is thankful, we too should be grateful for our God-given rights and freedoms. We must work to protect those rights so that our children may also live in a free country where “land of the free, and the home of the brave” are not just empty words.

We still have the freedom to worship God, who sent His Son to die for our sins so that we could have FREEDOM from death.

My prayer is that all who read this have or will accept Him and be free.  There is nothing like freedom through Christ.

From what types of bondage has Christ freed you?

Do your ancestors have similar stories of why they came to the U.S.? 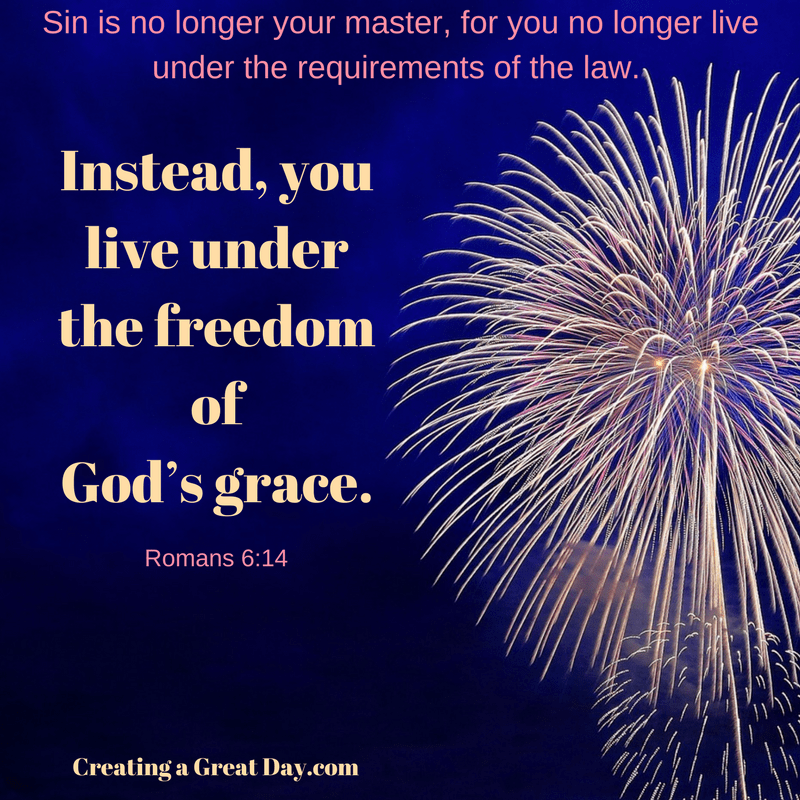