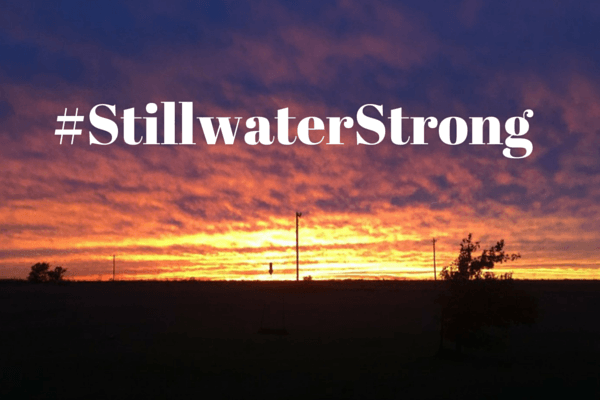 I have lived long enough to see many tragedies…the Oklahoma City bombing, September 11, numerous school shootings, plane crashes, earthquakes, the Moore tornadoes.  Life seemed to stand still as we were all gripped by these tragic events as they were reported on television nonstop.  I had a family member who lost everything in the last Moore tornado. I volunteered in Bridge Creek after the May 3, 1999 tornado.  I was affected by all of them but none like the tragedy that unfolded recently in Stillwater, Oklahoma.

I know it seems small in comparison to some of the others but not to me.  For those of you who are from Oklahoma, let me start by saying, my blood does not bleed orange, it bleeds red (Boomer Sooner).  But all the rivalries aside, this affected all of us.  It seems to be such a senseless tragedy…no terrorism, no crazy person with a gun, no malfunction or pilot error, no natural disaster.

My oldest son is a freshman at Oklahoma State University (I know, we failed as parents) and was at the parade.  I was on the phone talking to a friend when I saw the crawler on the TV scrolling by with the headline “An incident has just occurred at the OSU Homecoming Parade.  Multiple agencies responding.”  My heart raced.  “Incident” could mean anything!  With all the school shootings lately, that was the first thing that went through my mind.   I could not call my son fast enough.  That was the longest 30 seconds of my life.  He answered on the second ring.  I was screaming and crying, “Are you okay; where are you?”  Luckily, he was not at the intersection where the tragedy occurred but he was close enough to know what had happened and was headed back to the dorm and was going to call me then. (Side note to any young person reading this, CALL YOUR MOM FIRST, WHEN YOU ARE IN A SAFE AREA.)  I could hear the anxiety in his voice.  We only spoke for a moment because I was trying to calm down and did not want him to know exactly how panicked I was.  His dad called him about an hour later to make sure he was all right.  He did later text me that he was at the game and his phone was nearly dead so he would not be answering any text messages or phone calls so I shouldn’t worry.  I think he realized how worried I was.  Another side note to young people – KEEP YOUR PHONE CHARGED!

I sat and watched the news as they released more information.  I checked online for any news.  I watched as the news showed helicopters landing at the trauma centers.  I was not into football that day! I could only think of the tragedy, the lives lost, and the lives forever changed.

Facebook has had so much posted about this – some good, some bad.   So many people have been so supportive of Stillwater.  I have been brought to tears as I see and read these…the flag at half-staff, the OSU flag carried at the OU game, the photos of the orange sky over Oklahoma that night, and of course the time of prayer at both OSU and OU before their games that day.  This tragedy has united us all.

As I write this, we do not know what the condition of this young 25-year-old woman was at the time of this tragedy.  All we know is that something was wrong with her at the time.  And now, her life is forever changed.

There were also about fifty other lives changed that day.  Changed.  That does not include the families of the victims.  Some will never see their loved ones again.  Some are still in the hospital fighting to survive.  The victims ranged in age from one to 76.  I cannot even fathom what these families are going through.

As people debate what happened, my focus turned to eternity.  Did these victims have a relationship with Christ?   I believe that the two-year-old baby, Nash Lucas, is in the arms of Jesus.  His parents donated his organs so that another child may live.  But, what of the other three?  One was a beloved, retired college professor, Marvin Stone and his wife, Bonnie Stone.  It was reported that she possibly gave her life to save a small child.  The last was a student from India, Nakita Prabhakar.  She was a student at the University of Central Oklahoma working on her Master’s degree.  Her family is half a world away.  Also, what about the ones still hospitalized?  Do they know Christ?  I pray that this tragedy brings opportunity–opportunity for Christians to witness.  I pray that the students that were there that day will see that they are not invincible.  One day, they will die, and where will they spend eternity? 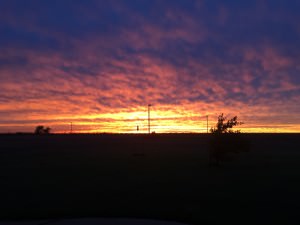 And, what about Adacia Chambers and her family?   There is so much being said about her.  We do not know her condition at the time but this is something she and her family will have to live with the rest of her life.  What was going on in her life that led to this.  Does she have a relationship with Christ?   I know it might be difficult, but we should be praying for her and her family also.  She needs our prayers too.

Oklahoma as a state has banded together after this tragedy.  I pray that we continue to come together to pray and support all who were affected by this tragedy.  All I can say now is something I could not even say when I took my son for his college visit or his orientation: “GO POKES!”

Do you have a personal relationship with Christ?

If you want to know that you will spend eternity in Heaven, all you have to do is ask Jesus into your heart.  It’s as easy as ABC.  Admit that you are a sinner.  Believe that Jesus is God’s Son and God raised him from the dead.  Confess with your mouth that Jesus died for your sins.  All you have to do is pray.  If you have questions or need help with this, please feel free to contact me.