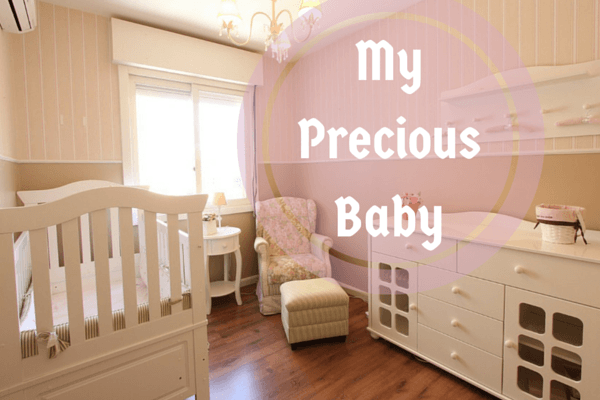 My Precious Baby: The Grief of Miscarriage

It was the day before Thanksgiving 1996 but it seems like yesterday.  After two years of fertility treatments, we finally conceived.  When the doctor’s office called and moved up my first appointment after my initial lab, I knew something was wrong.  I put it out of my mind and headed off to the doctor’s office by myself.  (My husband had a previously scheduled meeting that he could not reschedule.)  As I got closer to her office, I started having a sick feeling in my stomach.

My doctor came in and asked some questions.  She said that she wanted to go ahead and do an ultrasound because I had had so many problems conceiving.  I kept telling myself that everything was fine.  The ultrasound technician asked more questions as she did the ultrasound and then asked if the doctor wanted to see me again.  She went to get my doctor.  They came back in and my doctor took my hand and told me that there was no heartbeat.  I was 11 weeks along.  I had waited for this baby for two years and now my baby was dead.  She was wrong, I told her, and we needed to wait and see.

She sent me home to decide on when to do the D&C.  My husband and I were devastated and cancelled our Thanksgiving plans.  He notified our family.  Later that evening, my sister-in-law called and told me about her previous miscarriage.  This helped more than anything.  Talking with someone that has experienced the same thing helps so much.

Going Through the Week in a Blur

The next morning, Thanksgiving Day, I woke up having cramps (contractions).  I knew that was not a good sign.  I tried to fix dinner for the two of us and that is when I miscarried.  We followed the doctor’s instructions.  I do not remember the rest of the day; the rest of the week was a blur.  I tried to do normal things like work and church but that made it worse.  Everyone had good intentions, but if you have never experienced this type of loss, sometimes it is better for others to say nothing.

So many people told me, “Oh, you’ll have another one.”  But I had waited for two years.  I did not want another one, I wanted that one.   We had tried for two years, and now this.  Or, “It happens more than you think.”  Just because it happens to others did not change my pain.  I knew other people go through this, but I was the one going through this now.  My favorite was, “Well you have another child.”  I did not!  She had me confused with my sister!  Like that would make a difference anyway.  One child is not a substitute for one that has been lost.  I know they meant well but these are NOT things to say to someone who just lost their baby.

I learned so much from this tragedy in my life.  It gave me an empathy that I had not had before.  Now, when I find out someone has miscarried, I say, “I’m sorry.  I know what you are going through.  I’ve been through it.  If you need to talk, I’m here,” then I give her a hug.

Remember the husband; he is grieving, too.  Give him a hug.  It is just as difficult for him as it is for his wife.  Too often, the men get overlooked.  They not only just lost a baby but they feel like they must be strong for their wives.  My husband tried so hard to protect me.  He hated seeing me so upset.

If the woman miscarried at home (not through D&C), she has physically gone through labor.  Many people do not realize this.  I had contractions and went through the entire birthing process.  It was not as intense as a full-term pregnancy, but it was the entire process, nonetheless.  This is still what haunts me.

Some people do not realize that a baby has been lost.

Even some people who are pro-life look at miscarriages as an illness and not a loss.  Miscarriages are not looked at as a death by most.  It is!  Just because we do not get to physically hold our babies does not make them any less real. There is no funeral to help say goodbye and have closure.  We have experienced a loss.  We must grieve.  I tried to ignore what had happened.  That just led to more problems later.  I encourage you to join a support group or seek grief counseling if you have been through this.  I waited over ten years before dealing with it.  This only compounded my other issues of grief.  It was only through grief counseling after the loss of my grandfather, that I realized I had not dealt with the grief of my miscarriage.

My miscarriage still affects me.  I wonder about the child that might have been.  Was it a boy or girl?   Would he be in college?  What would she look like? And, so many other questions.  What I do know is that I will someday see my precious baby in Heaven.  I also know that God has since given me three wonderful children.  I love them more than I ever thought I could.

We all deal with loss in different ways.

Some want to commemorate the loss and appreciate when a friend remembers with them.  For some, it is a private matter that they want to remember alone and move on.  For others still, it is a combination of things.  If you know someone that has had a miscarriage, just ask them if you can do something.  They will let you know where the boundaries are.  I do not mind talking about it, but be prepared for me to cry.  Do not let the tears make you uncomfortable.  Sometimes all we need is a hug and the knowledge that you are there.

If you have experienced a loss, please share your thoughts, experience or how others helped you?

You may also commemorate and honor your child here.