The Desires of Your Heart

Have you ever wanted to do something but then time goes by and you forget about it because you never thought it could be accomplished?

God knows our heart’s desire even if we sometimes forget them.

My story begins when I was a little girl.  I went to church where my grandmother was the pianist. I would listen to her play and dream of doing the same. So at the age of five, my mother enrolled me in piano lessons with the best teacher in our little town. I was so excited and practiced endlessly. I went to piano contests and did very well.

But, alas, the teen years arrived and practicing was no longer fun. I didn’t get to learn any fun, contemporary songs, just classical music – Bach, Beethoven, Tchaikovsky. I learned some hymns, but not the way a church pianist plays. (Playing from a hymnal is very different from playing classical music. It’s a different skill set, altogether.) My mother soon grew weary of paying for lessons and me not practicing. I quit piano lessons after nine years and gave up hope of ever playing for the church.

Fast forward (cough cough) twenty something years. Although, I still owned my piano, I had only played it a few times while attempting to teach my oldest child to play.  The piano was more of a piece of furniture than an instrument in our home.

At this time, we were attending a small congregation when it split. The first Sunday after 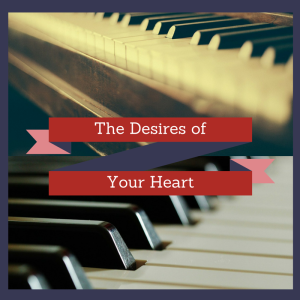 the split, we gathered at a former member’s home. After our Bible study, we discussed what needed to be done if we were going to form a new congregation. The song leader mentioned that it would be nice if we had a piano player. I did not say anything because I did not believe I played well enough.  After all, I had not lifted the cover of my piano in 10 years.  The homeowner spoke up and said, “Toni plays the piano.” I was shocked. I didn’t know that she knew about my piano past. All I could say was, “Who says Toni plays the piano?” (I tend to refer to myself in third person when I get nervous.)

I didn’t think much more about that conversation because as far as I was concerned, I could not play the piano. Hymns were out of my realm, or so I thought. Of course, that wasn’t the end of the story. I kept having this feeling and hearing God telling me that I could play. So, I went to a music store and purchased a couple of books and started practicing every spare moment I had. I was driving my family crazy.

The next week, I went to visit the song leader with a yellow sticky note in hand that

contained the names of five hymns. I told him God had been dealing with me.  I had learned five songs that I would play on Sunday and that I would learn five new songs every week. He was surprised and thanked me. The first time I played, I was so nervous. My husband said that they could not sing fast enough to keep up with my playing!

A Desire of My Heart Realized

Gone are the days that I have to pick out the songs and practice them all week. I have been the church pianist for almost four years now and I know that my grandmother is looking down from heaven smiling that I have followed in her footsteps.  God knew my heart’s desire and he opened another pathway for me to serve and worship him.  We never know when he will give us our heart’s desire.

What desires from your past might God be trying to wake up in your heart again?