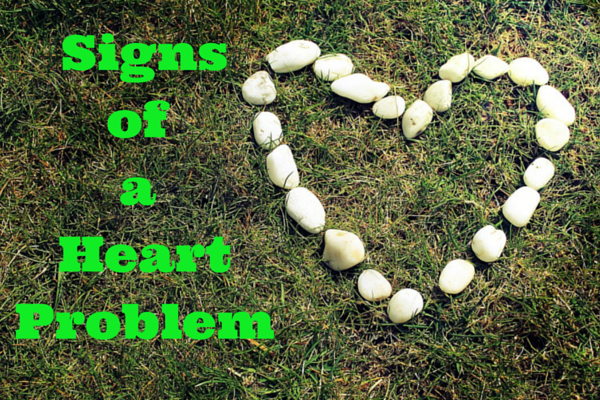 If you’ve been reading my previous posts, you know that my fifty-one-year-old husband recently suffered a massive heart attack.  Many people have asked if he was having any symptoms.  The answer is yes but we did not realize it.

Apparently, a toothache can be a symptom of heart issues.  He went to the dentist just sure there was a problem with an old filling.  The dentist could not find anything wrong.

He was tired all the time. At first, we thought it was that he worked full-time as a farmer and part-time as a teacher.  It became more than tiredness so the doctor ran lab work.  Everything came back normal.  He must have just been overworked.

Then he started having bad headaches, neck pain, and left arm pain and tingling.  Our primary care physician sent him for an MRI and that showed a bulging disk, degenerative disk disease, and a couple of other problems.  This diagnosis explained all the pain.  He was sent to a neck and back orthopedic specialist and he also went to a chiropractor.  He was started on a couple of different medications that did not help much.  The next course of treatment was epidural steroid injections.  At this point, he was willing to try anything because the pain was getting worse.

One hour after his last injection, he started having chest pains.  It was right in the middle of his chest, so obviously, he had developed an ulcer from the injections because we knew this was a possible side effect.  He then was sent to a gastroenterologist for a scope.  When the doctor called me in and told me he did not find an ulcer, I was shocked.  I knew he had made a mistake.  He said that it was probably his gallbladder and would send him for a CT scan.

The scan showed no gallstones but our primary care physician was sure that it was his gallbladder and that it was not functioning properly.  He wanted to do another scan and then send him to have it removed.  We decided to wait (which ultimately saved his life as he would not have survived the surgery).

The night before his heart attack, my husband was in such pain that he said, “That’s it!  Tomorrow, call the doctor and schedule the surgery.”  Well, the next day, he had the heart attack.  I told the cardiologist everything we had been through in the previous seven months, and he said all those problems were most likely his heart.  He is the one who mentioned the tooth.  I had put everything else together on the way to the hospital.  Our chiropractor even told us that it was probably more his heart than his neck when we told him about it.

All these doctors missed my husband’s heart problems because the symptoms could be attributed to other medical conditions.  We all missed the signs. 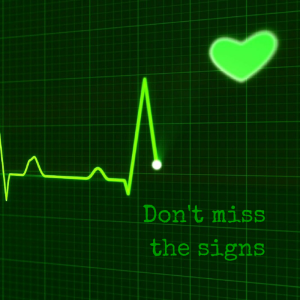 Our spiritual lives are like this.  We miss the signs that we are having spiritual heart problems because of all the other problems that get in our way.  Everyday life gets in the way and causes issues with our spiritual health.

Have you lost your joy?  Are you short-tempered?  Do you feel lost?  These are some of the signs of heart problems.

What can be done?

Spend time with God!  Reading His Word first thing in the morning before the world has a chance to get in there.  This puts your heart in the right attitude to start your day.  “Abide in me, and I in you.  As the branch cannot bear fruit of itself unless it abides in the vine, so neither can you unless you abide in Me.”  John 15:4 (NASB)

Pray!  Talking to God keeps us focused.  God wants to hear from us.  We have a two-way relationship with Him.  He does not just want to tell us what to do, He wants us to come to Him with all our problems, no matter how small.  He is our Father and wants to be with us through everything.  I Thessalonians 5:17-18 (NASB) says, “Pray without ceasing; in everything give thanks; for this is God’s will for you in Jesus Christ.”

Praise Him!  “Let everything that has breath praise the Lord.  Praise the Lord!”  Psalms 150:6 (NASB)  Sing songs to Him.  I know that many of the younger generation like the newer “praise songs” but try singing some of the old hymns to Him.  So many of them were written in times of trials and tribulations.  You can also pray scripture to Him.

Do you have a heart problem?

What are some signs you have seen that let you know you have heart problems?

Have you ignored your heart problems in the past?