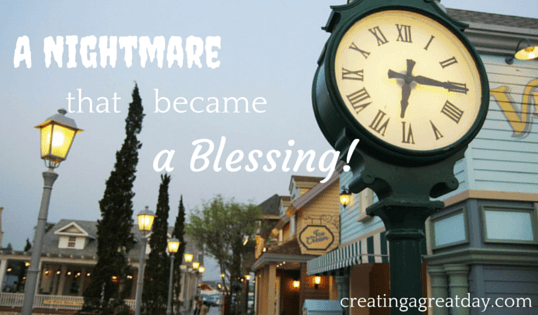 A Nightmare that became a Blessing

5 years ago, I woke up in the middle of the night from a nightmare.  A nightmare that eventually came true, but turned out to be a major blessing instead of a nightmare.

How did a nightmare turn into a blessing?  Good question. I believe it only turned out that way because we were obedient to God’s calling!

We came across a book called Walking with God by John Eldredge and it completely changed our prayer life. Between this book and scripture, we saw how God really wants us to pray. Instead of stating to God our plans and asking him to bless them or close the door, we started asking God what all he had planned and how to follow them.  Once we started doing this, our life literally turned upside down and it has been an amazing ride.

I woke up in the middle of the night convinced my husband didn’t have a job.  It felt so real. My husband had to calm me down and convince me that he indeed had a job and nothing was on the horizon that he could see that would indicate otherwise.

My husband came to me and said through prayer, he believed God wanted us to sell our house, get out of debt, and buy some land.  It would be an understatement to say I was shocked by this.  I was 5 months pregnant, we lived in the house we brought all our children home to and once we purchased this house, I did not plan on moving….obviously, my plan, not God’s. 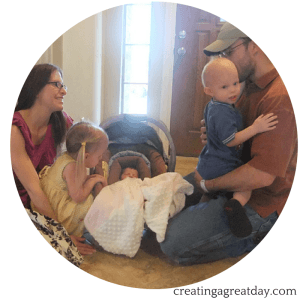 I never intended to move from the house, we brought our kids home to, but God had different plans.

Ironically, for the previous 2 years God had been working on me in the area of submission.  I wish I could say that I immediately agreed to submit to God’s plan but that didn’t happen.  I actually fought it! I tried to convince my husband that God just wanted us to get our financial house in order instead of actually selling the house.  Thankfully, my husband wasn’t convinced.

I called my husband at work and let him know that a real estate agent would be coming that Friday to look at the house.  Needless to say, he was shocked and this was our conversation:

Me:”You told me God told us to sell the house, right!?!

My husband:  “Yes, but I never thought you would agree to it.”

With a 3 month old, a 2 year old & a 3 year old, our house officially went on the market on July 15.  Within a week, we had a cash offer. with a stipulation…they wanted our dining room table and my clock collection.

I felt like someone punched me below the belt.  First, I lose my house and now I’m supposed to give up the only thing I collect?!?

This first real big test of listening to God was an eye opening experience.  We prayed about this cash offer and what we heard was not “yes” or “no” but “It doesn’t matter.” We truly didn’t understand what that meant until months later.

At the time, I came to terms with the fact that it truly didn’t matter.  These were just things. Physical. God was calling us and even though I didn’t want to loose my stuff, I figured he had a good reason, if for nothing else to teach me to put Him first, so we agreed to the offer and then I cried.  I never dreamed I could be so attached to stuff.  It was heartbreaking from that realization alone, but I was thankful for God to help me realize it.

Month after month went by and we kept getting excuses as to why the closing had to be pushed back. Then finally we learned that the couple did not actually have the cash in hand.  They were waiting for a pay out they had not yet received.

It Didn’t Matter! God was so right that “It doesn’t matter,” because in the end that couple didn’t end up purchasing the house.  Once the house was back on the market, we received another offer.  This time they only wanted the house.

4 years ago today, we signed the paperwork and handed the keys to the house over to a wonderful couple. We were excited to see where God would lead us but truly had no idea where or when this would take place.

We did know that with less money tied up in a big house, we could pay off the debts we had been trying to pay off much faster. 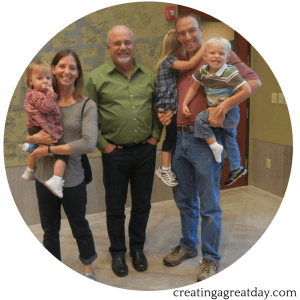 During the summer of 2012, using the Total Money Makeover plan, we paid off all our remaining debt, saved up 6 months of income (thanks to my husband’s bonuses), paid cash for a celebratory trip to Disney world & then did our debt free scream on the Dave Ramsey show.

By this time, God decided to challenge us in other areas of our lives too like where we were attending worship. We had never prayed about it and once we did, we realized, He again had a different plan than we did. Get all the amazing details to this story here. 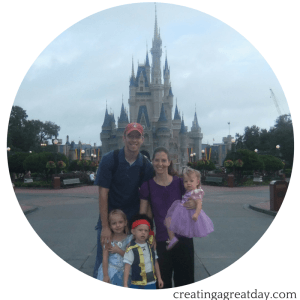 We now have four kids instead of three and we are officially land owners.  We were able to purchase a piece of property that not only answered our prayers but also matched our pocketbook! The amazing part is we found the land in January, 4 years after my husband listened to God’s calling to sell our house, pay off debt and buy land! 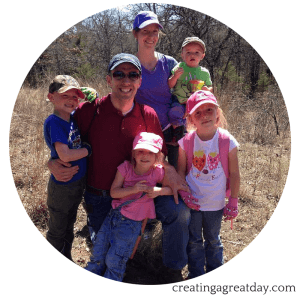 We found a piece of land in January, 4 years after God told my husband to sell the house, pay off debt & buy land.

Then after changing companies due to divisions being sold or companies being acquired, my husband found himself without a position.  It was the biggest blessing that could have happened.

As it is, my husband has been able to care for his grandparents, who had some serious issues pop up this summer, find them the proper care they needed and take his time in finding a position that suited him best, one where he can glorify God most and use the talents God has given him to benefit the company too.  We are still actively waiting on where God will place him but trust in His timing. 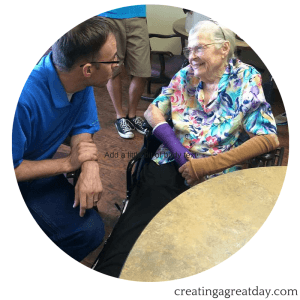 Throughout this past 5 years our faith and trust in God has grown tremendously.  We have learned to rely on His plans and not on our own.  I’ve learned to submit to my husband and my God (the majority of the time) and because of our obedience we see his blessings in our life that we didn’t dream of 5 years ago.

Psalm 145 is what my heart has clung to during all these years:

The Lord is good to all;
he has compassion on all he has made.
All your works praise you, LORD;
your faithful people extol you.
They tell of the glory of your kingdom and speak of your might, so that all the people may know of your mighty acts and the glorious splendor of your kingdom.
Your kingdom is an everlasting kingdom, and your dominion endures through all generations.
The LORD is trustworthy in all he promises
and faithful in all he does.
Psalm 145:9-13 (NIV)

How have you experienced God’s blessings because of your obedience?

Has he ever used something you feared to bring you closer to him in a glorious way?