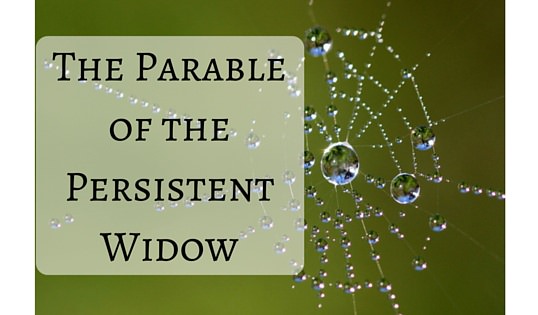 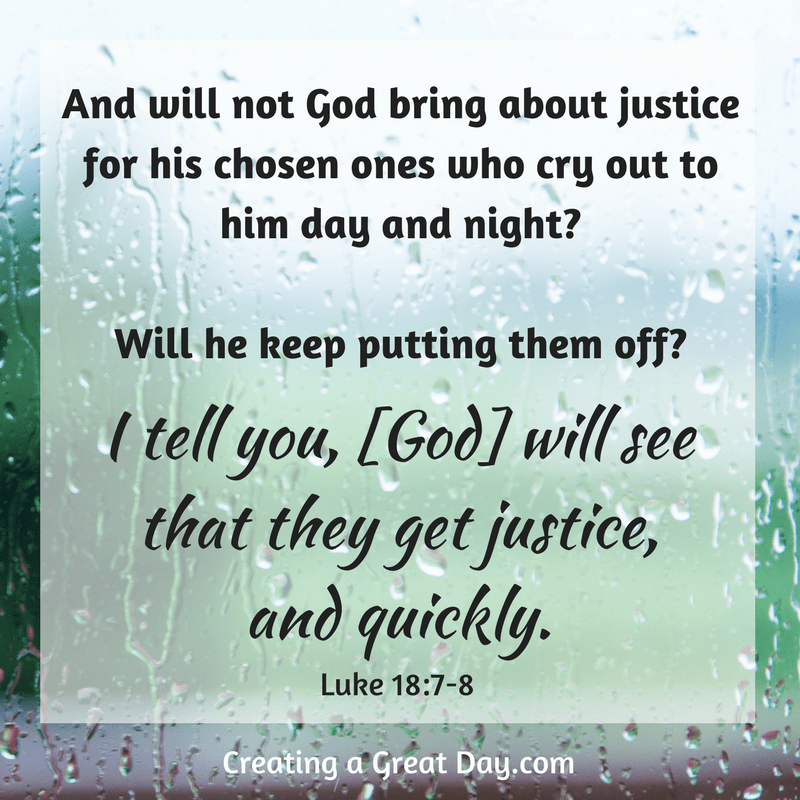 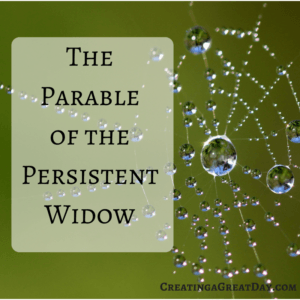 so true. There is still so much in the bible that I have not heard and I grew up in a christian home, it is sad that I can say that but it is true

I love this parable. It reminds me not to feel guilty for repeating myself in my prayers.

What an encouraging parable! It’s always been one of my favorites 🙂

This is a great reminder that while we’re not supposed to be repetitive and drone on in prayer, we ARE supposed to be persistent, faithful, and believe that He hears us. I every so often find myself saying to God, “remember me.”

God wants us to be like that persistent widow and not to give up!

I love this parable. It is always a comfort to me. God is going to answer our prayers!

Such a wonderful parable this is often overlooked. God may want the best for us, but I don’t think he wants us to not petition him for something. Although I think sometimes in our persistent prayers we become open to seeing the path God has laid out rather than our own.

I think the big message there is to never give up – to be persistent!