It’s Not Next Door Anymore

Meet Sarah. Sarah was 12 years old when approached by a friendly, nice-looking lady at the mall in her affluent Atlanta neighborhood. The lady asked Sarah if her parents had ever looked into getting her into modeling. When Sarah said, “No,” the woman invited her to fill out a quick form with some basic information including her parents’  and siblings’ names and ages, their home address, and Sarah’s cell phone number. The woman asked if Sarah could follow her to her car where her camera was for a quick headshot to accompany the form. Once there, Sarah was raped by three different men. Afterwards, they told her they’d do the same thing to her siblings if Sarah told anyone what had happened. They let Sarah go, and she found her friends right as her mom came to pick her up. Sarah was too fearful to tell her mom what happened. The woman continues to contact Sarah by cell phone demanding meetings, or otherwise she’ll kidnap her siblings. Each time, Sarah goes to the meeting place to protect her siblings and is raped.

Meet Jon. Jon was born in Thailand, the fifth and youngest child of his parents. In Thailand’s culture, the youngest child supports the parents and older siblings financially once they are old enough. The quickest way to earn the money necessary to support so many adults is sex. Boy prostitutes don’t make as much money as girl prostitutes, so Jon’s parents put him through the appropriate sex-change surgeries as an infant to make him a girl. Jon is now 15 years old. He goes by Jonnie, and works the bars as a sex slave hoping one day an American businessman will like him enough to buy him from his pimp.

Meet Jai. Jai is a high school junior in Little Rock with a 4.0 GPA. Her family (mom and three sisters) lives off WIC, disability, and subsidized housing and healthcare. Her mom was diagnosed with cancer when Jai was 10. Jai works at Burger King after school and uses the money to help support her family. One of Jai’s teachers at school notices that Jai hasn’t signed up for any after-school programs which would look good on her college applications. When Jai explains to her teacher that she needs those after-school hours to work at Burger King to help provide for her family, her teacher tells Jai that she knows of a job Jai can do where she’ll earn three times as much and offers to take her there for an interview one day after school. Jai requests an afternoon off from work to go to the interview. At the interview, she is drugged, and afterwards a pimp watches as she is raped. When it’s over, the pimp tells Jai she got the job as one of his “favorites” and pays her three times as much as one shift at Burger King. If she comes back tomorrow, he’ll pay her even more. Jai goes to work for the pimp for a couple hours in the evening each day after attending her after-school programs. She hopes to save enough money to be able to work fewer shifts for him but continue to support her mom and sisters while she attends college  in downtown Little Rock. When she arrives to work one day, she finds out she’s been sold to another pimp who operates out of another city. He takes her that same day, and she hasn’t seen or been in contact with her mother or sisters since.

Are you sick to your stomach? It never fails–each time I hear a testimony from a man or woman who has somehow managed to escape the bonds of slavery I become physically unwell. I think that’s a normal response. Don’t you? It is sickening after all…

These three young people I’ve introduced to you represent only one sector of human trafficking–sex. But there are child slaves harvesting cocoa pods in West Africa, adult men picking cotton in India, and women working off the debts of their grandfathers by sewing clothes in factories in Malaysia.

I grew up in the suburbs of Atlanta, and as a middle schooler my parents sensitively and assertively warned me of the model pick-up line being used at our mall to lure young girls into the shadows of the sex trade. Unfortunately, I’ve met women like Sarah who weren’t afforded the warning I was. They were just your regular girl next door who one day found themselves trapped.

Atlanta is well-known for being a human trafficking hub, and I’ve driven up and down the street most notorious for it more times than I can count. A college friend’s next door neighbor’s house, just north of the city, was busted as a brothel a few years ago. I’ve participated in the days to raise awareness for human trafficking, I’ve given money, I wear a red X on my purse, I buy fair trade goods, I’ve pushed myself about as close to the cause as I can while remaining emotionally functional. Human trafficking has never been an “across the ocean” issue to me. It’s always been a “next door” issue.

But a quick perusing of my home will show that although no one in my house is a slave, the effects of slavery are still present here in our food, clothes, and home goods. Furthermore, I’m not only realizing that the same warnings and education my parents had to do with me to keep me safe from this heinousness, I’m going to have to do with my own daughter, but also that the reality of slavery’s proximity has only grown closer in the last twenty years.

Human trafficking is dark, it’s heavy, and it’s scary. There are more slaves on the planet today than there have been in the history of mankind. Once you can fight through the nausea that reality evokes, you’ll find that there is some good news. There are a lot of us out there who are bent on seeing an end to it in this lifetime. We’re bent on bringing that number down from over 27 million to 0.

It seems like an incredibly overwhelming task. Eradicating slavery? 27 million people? A lot of people want to know: Where do we even start?

Partner up. There are organizations and ministries all across the globe striving each day  to put an end to slavery, and they’d love your help in any way, shape, or form.

Will you extend your hand and partner up?

Being an Atlanta girl, the End It Movement holds a very special place in my heart. Check out their website for more information on human trafficking and how you can help bring an end to it.

I’d love for our CAGD readers/contributors to help lead the search for more resources on getting involved with ending human trafficking. Please comment below with the link to an organization you’re involved with whose purpose is to either raise awareness or rescue and rehabilitate the victims of slavery here and abroad. 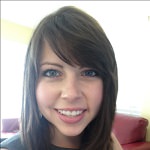