Message Received: How God Taught Me a Lesson 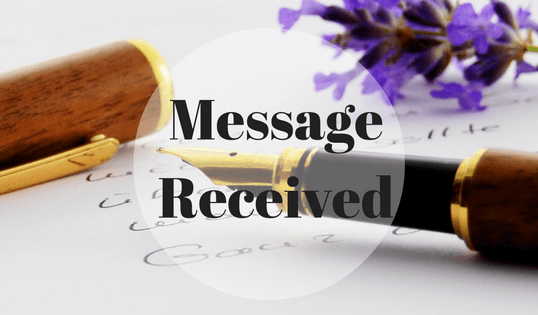 Ten years ago I was learning to navigate life while raising a child alone. Through that, God used my circumstances to change my heart which led to major life change. I found a new friend and mentor, found a new church, and found community I never knew I could have. I was overwhelmed with life-changing friendships focused on God. I had no doubt that God had brought me to that place in life.

The last year and a half has looked a bit different than I would have imagined ten years ago. I attend a different church now, my community is much smaller, and as a result my God is much bigger. I often think about several people that I no longer do life with. I’d be lying if I said there isn’t some lingering pain from that. But it took being removed from that life to gain the perspective shift necessary to grow closer to God. I can see now how God orchestrated it, even though it wrecked my heart. He had to remove something good, so he could do something better. Why? Because I had placed people and culture above God, and He was having none of that.

The Message Changed My Perspective

Now that I’m on the other side of the heartache of the past year and a half, I’ve been able to gain some much needed perspective. I realized I had placed people’s influence and opinions above God’s influence. Yet somehow, even after learning that hard lesson, I’ve slowly slipped back into that trap. It just looks a little different this time around. The “trap” is in taking something good and making it an idol. And once again, God is having none of that.

This all came to light when my anxiety was through the roof about a changing relationship. He showed me that I’d placed my sense of security in the wrong place…again. His solution? Remove the person I’d put in his place. Here we go again…

The Message Opened My Eyes

God began to speak into this situation over the course of several days. First, he used the fact that I was a week behind on my bible study homework. When I picked up where I had left off, I read these words:

“Do you have peace in times of alone-ness, or do you tend to require the security others provide?”

Um, 10-4 Jesus. You have my attention. There was no ignoring the timing of these words.

The very next day I was still trying to absorb what he was trying to tell me. I picked up My Utmost for His Highest and this was just a snippet of that day’s entry:

“Over and over again God has to remove our friends to put Himself in their place..”

By this point I was a mess. I tried to compose myself at work while totally overwhelmed by how abundantly clear God made himself. I barely managed to get it together and enter a meeting that same morning. Someone always opens with devotion before we get down to business. Do you see where this is going?

Same. Devotion. The struggle was real at this point friends. There were no tissues in the room, just me hiding behind my laptop, desperate to keep the tears from falling.

Despite the very clear message from God about where to find security, I felt anxious. I wrestled with worry and fear. Later that same day I got a text from a friend:

The Message was Clear

The message was clear. God had woven his message through that entire day to teach me.  Yes, God would be moving relationships, because he has something much better for me.

Have you experienced God weave a message together for you like that? Has he spoken to you through multiple different sources to confirm again and again what he is trying to tell you?

Maybe you too have someone in your life who holds far more influence than they should?

Take a moment and ask God to show you what blessing you have turned into an idol. 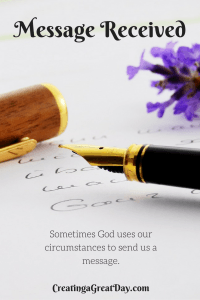 Sara
Hello! I am a native So Cal resident. Human Resources by day, but more importantly Mom to a teenage boy who I often refer to as "Man-child".