A Message from God about Love and Forgiveness 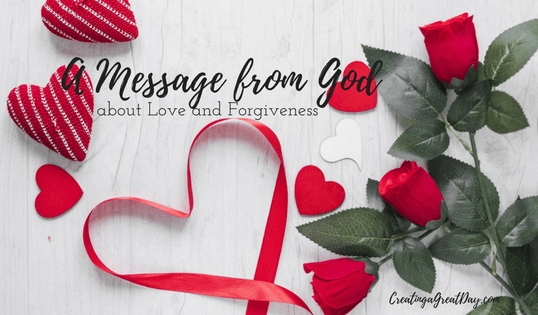 Have you ever felt like God was trying to tell you something?  I have had one of those weeks.  God spoke to me four different times in one week about LOVE! 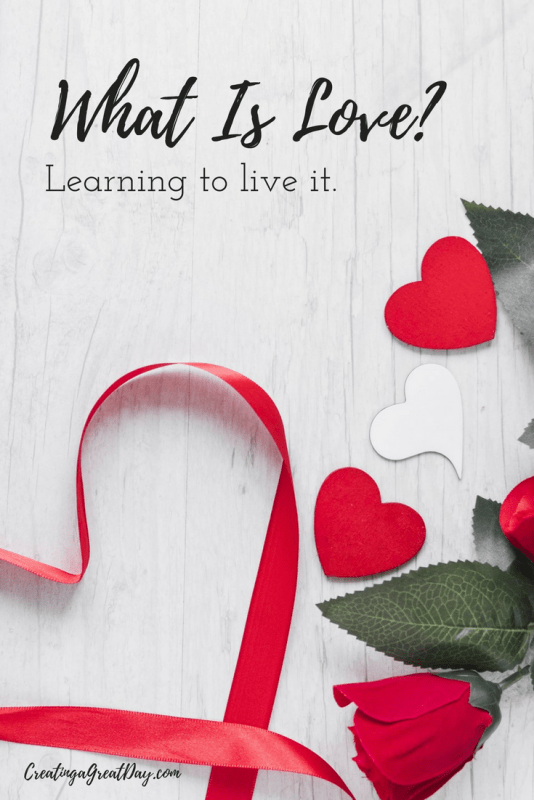 I serve on a planning committee for a Christian women’s conference.  To promote the conference, some of the committee appeared as guests on a local radio station, and the main speaker called in.  She said that she would be speaking on love and forgiveness.  When she said this, I felt a quickening in my spirit.  I was not sure why or what He was trying to tell me, but I was listening.

When she spoke at the conference a few days later, she started with the traditional, “God is love.”  But, then she flipped that around: “Love is God.”  True love is God through His sacrifice of His Son for our sins.  I continued to listen.  She went on to talk about the ongoing process of forgiveness.  I still was not sure where this was going for me, but I was beginning to get some ideas.

The one who does not love does not know God, for God is love.

The next day at church, the preacher began his sermon, and guess what it was about?  Love!  We need to be doing things out of love.  1 Corinthians 16:13-14 states, “Be on the alert, stand firm in the faith, act like men, be strong.  Let all that you do be done in love.”  He continued with Ephesians 4:15, “but speaking the truth in love, we are to grow up in all aspects into Him who is the head, even Christ.”  We should do everything in love.  This is sometimes difficult to do, especially when we feel we have been wronged.

Three days later, I went to a funeral.  I will not go into details, but the grieving family demonstrated such an outpouring of love and forgiveness.  This was so emotional.  Despite the grief this family was experiencing, they were concerned enough and loved someone else enough to make sure he knew that he was loved and that the family harbored no ill feelings.

From the events of this week, I learned so much, including the realization that I do not always do things out of love; I do a lot out of obligation.  In my words and actions, I do not always show love.  I also realized that there were people that I thought I had forgiven but unforgiveness had crept back in.  I had previously been on guard for it, but I had let my guard down.  God really spoke to me this week and I know there is more I need to work on and probably more that I will get out of it.

Do you do things out of love?

Has God spoken to you about anything recently?

Great reminder to operate in love around others. It reminds me of the song “they will know we are Christians by our love.”

Oh yes. I did almost everything out of abligation until I realized that wasn’t love. No I try to align my actions with my real feelings and beliefs. Otherwise I am just a people pleaser.

Yes, do the things that matter!

What a perfect post right before Valentine’s Day. God is love and his love never fails!!

So thankful for God’s love for us, and oh that we might love Him more. That His love would overflow to those around us.