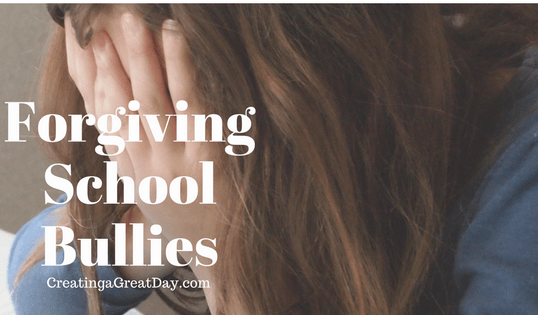 I just watched a video of a man who publicly confronted one of his school bullies thirty-five years later.  The video was heart-wrenching.  Thirty-five years after the fact, this man told his story and relived the terror that he lived through.  No one came to his aid.  He went home one day and got a gun and put it in his mouth.  He did not pull the trigger and is alive today because he did not.  He survived such abuse and one could see that it still greatly affects him.

Over the last few years, I have thought a lot about my school bullies.  Mine was not nearly as bad as this man.  I did not attempt suicide over it.  I remember hating to go to school.  I could not wait to go to college and leave that school behind.  I have no physical scars, but I now realize I have emotional scars from it.

Mine started when we moved back to my hometown when I was in the first grade.  My brother and I were the only minorities in the entire K-12 school system.  We are half oriental and half white and were, therefore, ridiculed because we looked different.  They would ask us if we knew “kung fu” as they would try to imitate martial arts to hit or kick at us.

This then evolved into bullying/sexual harassment in junior high because I was quiet and painfully shy.  Older boys would make crude comments and act like they were going to touch me.  This led me to not being able to talk to boys as I was very afraid of them.  The worst, I believe, was in high school when some boys taunted me and made fun of me in class and the teacher joined in.  This was after having dealt with a different teacher that disliked all Orientals because he fought in the Vietnam War.

Do the school bullies even remember?

I really do not remember who my bullies were from grade school because most were older than me but I have seen many of my high school bullies as adults.  Many of them probably do not even remember what they did to me or realize that it was even bullying.  Some probably were just joining in with the others, not realizing that what they were saying or doing was hurtful. I am sure some of them do remember and did realize at the time.

When I see some of these former bullies, I have felt awkward and introverted around them.  I have avoided some of them because when I see them I revert back to my quiet, shy high school self.

Face-to-Face with the Choice of Forgiving School Bullies

I did not realize the affect this had on me until a while back when one of my bullies died.  Someone told me what had happened and I was very callous about it.  As I thought about it, I felt terrible about my attitude about a life lost.

My initial reaction should have been, “Did he have a personal relationship with Christ?”,  “How could this have happened?”, and “He was so young!”  I felt bad about it and realized that I had never forgiven these people for what they had done.

Be kind to one another, tenderhearted, forgiving each other; just as God in Christ also has forgiven you.  Ephesians 4:32 (NASB)

I am sure that they have changed just as I have.  We have all grown up and I know that some of them have come to have a personal relationship with Christ.  Even as I am writing this, God is working on my heart to have true forgiveness toward these people.  God tells us to love our enemies (Matthew 5:44) and for us to forgive those who have wronged us (Ephesians 4:32).

Have you forgiven your bully? 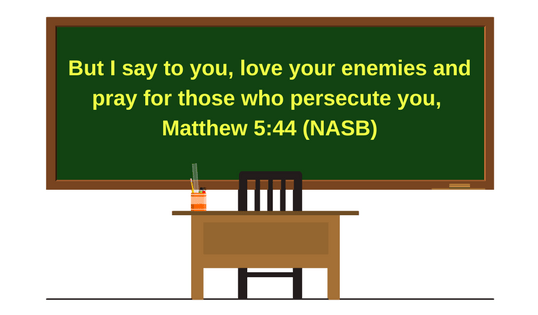