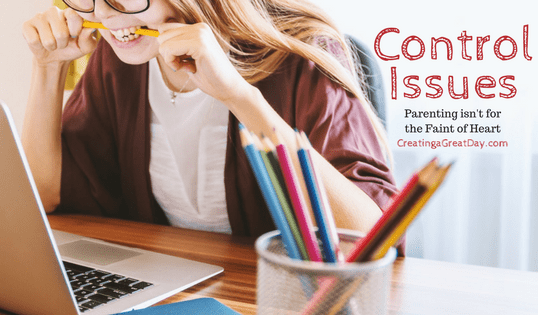 Oh man, seventh grade strikes again. It was torture enough the first time around and this go-round with my soon-to-be thirteen-year-old is no more enjoyable. However, he has a couple of things going for him that I didn’t at this painfully awkward age–good looks and confidence. And he has such a huge heart! Seriously folks, I could gush about him forever, but I digress. Grades. The struggle is real. I know there are plenty of parents who feel me on this. 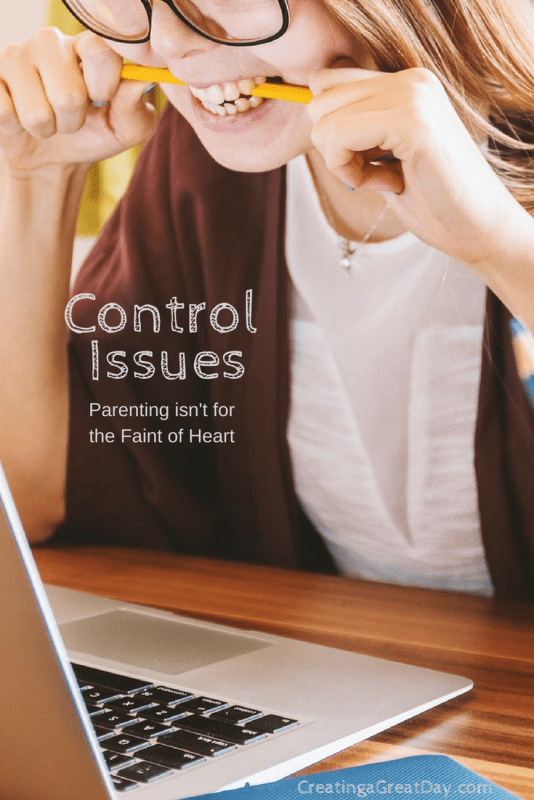 Parenting isn’t for the Faint of Heart

September 29, 2015, was a day that I could not have felt more inept at the game of parenting. During the short drive to school my son again informed me he didn’t know what he needed to follow up on with his teachers. At this point I’d done everything in my power to help him be successful (or so I thought). I’d bought all the necessary tools, sat with him for hours to help with homework, and made lists for him. You name it, I addressed it to no avail. He hadn’t changed a single approach to any of his classes or assignments.

I lost it. I yelled, he cried, it was ugly. He got out of the car and just like that I’d ruined any hope he had at a successful day. He likely wouldn’t operate well under that kind of stress. I was at a total and complete loss and in that moment begged God to step in, saying,  “I’ve got nothing left here, please help us! I can’t watch him fail and I don’t know what else to do!” I’m not sure I prayed too much about it before this point. Yet somehow I thought I’d already done everything I could do. The very second I finished praying I got a text message from a friend I hadn’t spoken to in some time. It read:

“Good morning, friend. Prayed for the Lord’s help in the decisions that you have to make. I saw you open-handed toward God, as though saying ‘I have nothing, I need your help.’ He sees you, and loves both you and Andrew so much.”

Commence the uncontrollable sob fest that lasted the whole way to work, a good thirty minutes. I’m not talking sad cries–I really don’t know the appropriate descriptor for it–but I was overwhelmed by God’s amazing response to my plea. She had no idea what was going on at that particular moment! I hadn’t spoken to her about this struggle, and we hadn’t even kept in touch like we used to. So for her to reach out with that timing and those words was the perfect way for God make 100% clear that He heard, He cared, and He was already in it. But I could not quite make sense of the part of her text that mentioned decisions I needed to make.

Since that day his grades have improved. Great news, right? Kinda, but not really. I’m coming to learn that this is only half the battle. Maybe more like a quarter of the battle. The problem is that his habits have not changed, and neither have mine. I’ve become a drill sergeant and I’ve tried taking control by micromanaging the status of all his assignments and scores in each class. Thanks to technology and online gradebooks, this is possible.

Learning to Let Go of My Control Issues

Maaaybe not such a good thing. I’ve effectively conditioned my son to take direction from me rather than take initiative for himself. It is like I’m taking seventh grade all over again and there is this nagging voice in my head asking, “Shouldn’t your approach have changed after God’s message back in September?”

Enter the part about the decisions I have to make. More than one person has suggested I let him fail, because “maybe it’s the best way for him to learn.” I sit there and nod my head in agreement but cringe on the inside. What kind of parent would I look like if he had bad grades? I’m a single mom and he comes from a broken home. I loathe these stereotypes and what people expect from these circumstances.

So I’m fighting it to the death and it is my selfish pride that is interfering with the very work I’m pleading with God to do in my son! Will I get out of the way and give control over to God? Or do I care too much about what people will think of me to allow God to teach my son how to succeed in his own timing without me interfering? Without me forcing results?

I wish I could say that I’ve mastered the “let go and let God” part, but I’m a work in progress. We’ll be taking this one day at a time, the kid, God and I. The part of my friend’s prayer that made the least sense to me at the time is now the focal point of my dilemma. God help me in the decisions I have to make!

He Cares for You

Several months ago God gave me this verse for a struggle I was not going to overcome without His help.

Give all your worries and cares to God, for he cares about you.

(It seems I’m a slow learner.)

While we should be obedient and trust God, this verse reminds us that He doesn’t ask us to give our struggles to him because he has control issues. It is a love-driven invitation to watch God do beautiful works in and around us. What reason is there not to accept?

Is God asking you to release control over something you are trying to manage on your own? If the answer is yes, then like me you have a decision to make.

How have you seen God show up in your life when you stop trying to take control? Encourage us with your story in the comments below!

Sara
Hello! I am a native So Cal resident. Human Resources by day, but more importantly Mom to a teenage boy who I often refer to as "Man-child".

Thanks so much for sharing this! It has been helpful to know that other moms feel like horrible parents sometimes too 🙂

Oh my goodness, the text from your friend made me tear up! How beautiful. My daughter is only two, and already I’m seeing how much of her life I want to “control” in the name of protection and love. This is such a well-timed and convicting blog post. Thank you so much for sharing!

Have to remember we all came from our Heavenly Father for a time and a season. We are their earthly parents and have been given the big responsibility of raising, loving and educating them. It is not for us to control but to care for, nurture and love.

Sara, this was a great post and your honesty is refreshing. I think as women and especially as mom’s we all struggle with letting go of control. I have two adult daughters and the one rebelled, had a baby out of wed lock, drank like a trooper and so on. It was devastating for our family, but i have learned through all of this that God loves her so much more than I and in order for her to come back to Him, I have to let Him work…aka…no more trying to fix it. Now I just try to have… Read more »