“I can’t eat that!” Refusing to Eat at God’s Table 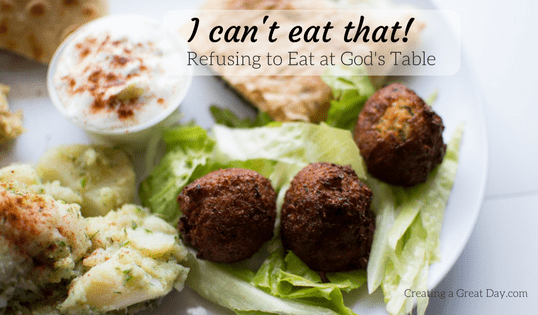 Falafel, known as the hamburger of the Middle East, is the most popular fast food in the region, and one fine Saturday in January, it was considered a good option for lunch…or so I thought. I attended a pan of cooking falafel while my family enjoyed some sunshine outside. My eldest daughter soon pressed her presence beside me, making the benign operation of a spatula a more challenging maneuver. She immediately spoke the mantra familiar to most mothers, “Mom, I’m hungry.”

“Mom,” my daughter responded matter-of factly, “You know I can’t eat food like that.”

Immediately, I realized, this is how we sound to God. We play in the backyard of His world, feel a need, and then come into His presence. We begin our conversation with need and end with complaint. He has in fact been thinking of us all the while we had no thought of Him. He knew as we were playing we would become hungry, and he has prepared food for us. 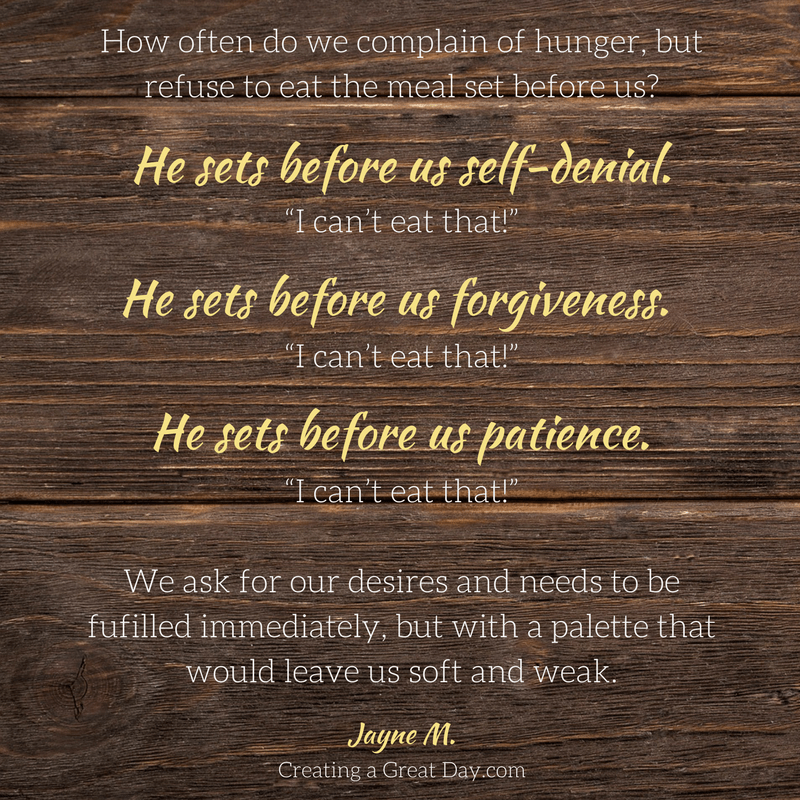 It is the Lord’s playground; it is the Lord’s kitchen, and we indeed are called to be a part of His beloved, cherished family. He has every thought of us and wants us to come eat with Him. I even think He delights in sometimes serving us cake and ice cream, knowing it doesn’t build strength, but enchants the soul. However, He loves us too much to allow us to live on these.

After my daughter rejected the food I set before her, I asked myself, “What has God provided that I am refusing to eat?” As we eat at His table, grimacing at new and unusual flavors, our tastes will begin to expand in epicurean measure. What we once could not tolerate begins to make us feel deeply nourished, and to our surprise, we even begin to crave it. The Lord has been known to me as my Creator, Redeemer, and my Great Physician, but now I know Him also as my Master Chef.

“Taste and see that the Lord is good!” 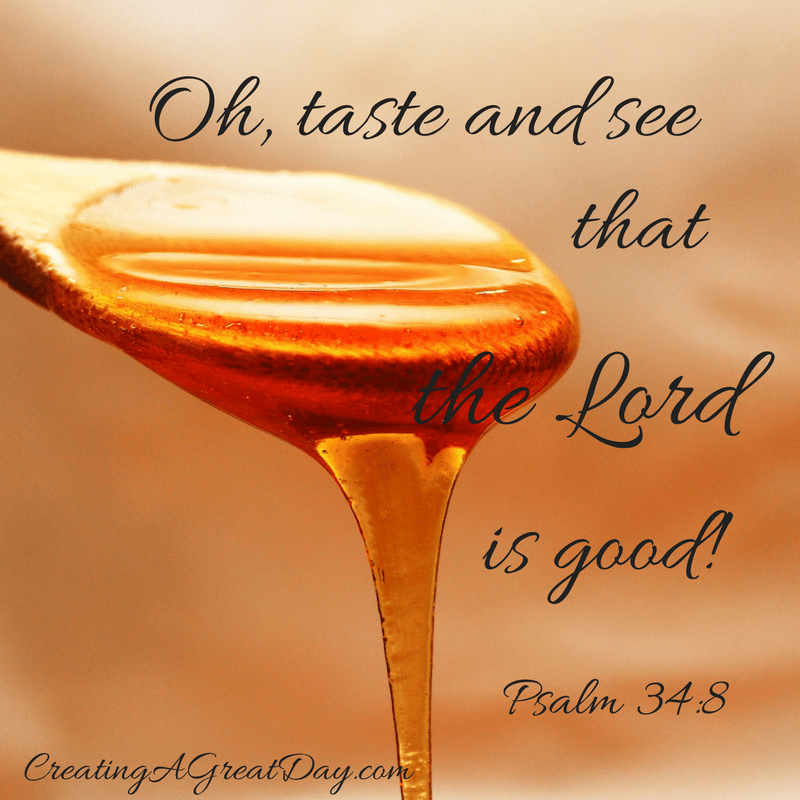 “Man does not live by bread alone”…..

Very true! Parenting has brought me so much awareness of our relationship with God and how we must appear to Him when we refuse to obey or accept him.

I wanna sit at his table and eat the bread of life.

How startling to realize that God has been giving us so many good things that we are refusing. He is a good Father who knows exactly what we need – why do we ignore his gifts?

Ooh that’s a truth right there! The 23rd Psalm says He prepares a feast before us in the presence of our enemies. Thanks for sharing!

Very interesting analogy! I know that my boys will often resist something new. But when they have no choice, they often find it wasn’t the horrid experience they expected. How often do we find the same thing…that what God asks of us will lead to something better than we have now?