Broke Down: What Car Trouble Taught Me About God 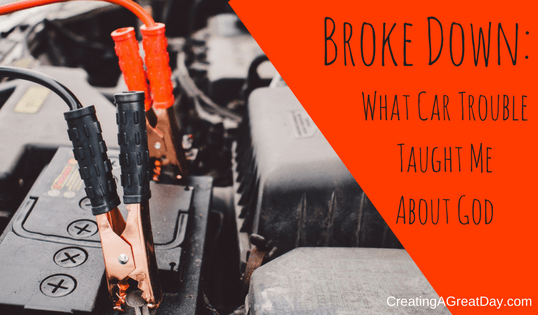 Let me start by saying that in my younger years I drove a few clunkers.  From this experience I learned a lot about cars.  I can fix several minor to moderate issues with my car, and many times I can diagnose the problem myself.  I very often surprise people with my knowledge of cars.

Recently, my husband had surgery and was not available to help. Because I did not want to worry him, I did not tell him my work van was not acting quite right.  I had been driving it and noticed it was hesitating to start.  Figuring I needed a new battery, I decided to wait a couple of days until I got through with farmers market for the week.  Then I planned to purchase and install the new battery.  This is relatively simple, just heavy lifting.

Well, things do not always go according to our plans.  When I arrived at market, I did not park quite straight.  But when I tried restarting my van, it would not start.  I figured that I could wait until it was time to leave and get a jump start. 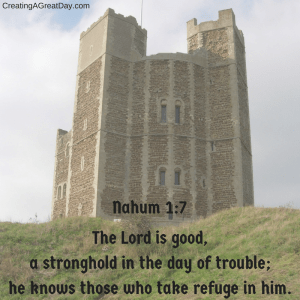 When the time came, I connected the jumper cables to a friend’s vehicle. My van started but when I let off the gas, it died.  I kept trying with the same results, which led me to believe the problem might be the alternator.  My friend called her husband to get his advice as the security guard came up to help us.  He was concerned that it was the alternator, too.  He was looking things over; my friend was on the phone to her husband, and I called my mechanic, who was sixty miles away.  We all finally decided that I could drive with my right foot on the gas at all times and my left foot on the brake when needed and my friend would follow me.  The parts store was 1.2 miles away and they could check my battery and alternator, and could change the battery if necessary.

After a stressful 1.2 miles through downtown rush hour traffic, we arrived.  The employee checked the battery, replaced it, and then checked the alternator, which was fine.  Finally, I was on my way home.

The entire day could have been stressful knowing that I had this to deal with. I didn’t want to call my husband because it would upset him that he could not help.  Due to his recent surgery, he could not even drive to come get me.

I say “could have been” stressful because I spent that day in prayer.  I prayed that we could get the van started.  Next, I prayed that I could get to the parts store without problems.  I prayed that it was just the battery and that I could continue my drive home.  Mostly, I prayed thanking God for bringing me through this trial and showing me that I was not alone even though it seemed like it.  A friend stayed with me through the ordeal, and her husband that stayed on the phone as well.  Most of all, God was there and kept me calm with his presence.

Of course, I told my husband, twenty-four hours after the fact.  He was not happy with me but was grateful that I had gotten through it.  He likes to worry about me and often forgets that I can take care of myself.  But this time I had a lot of help from friends and from God. 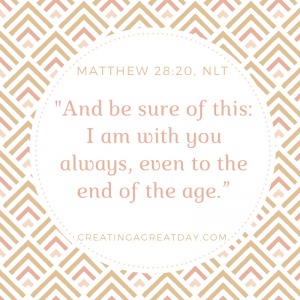 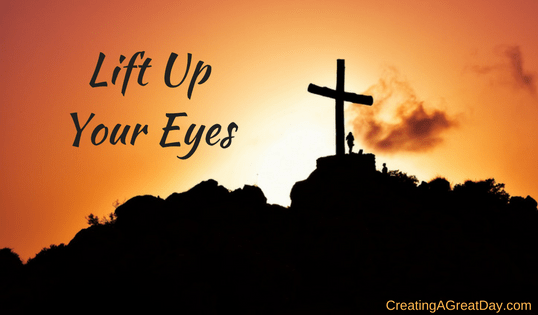 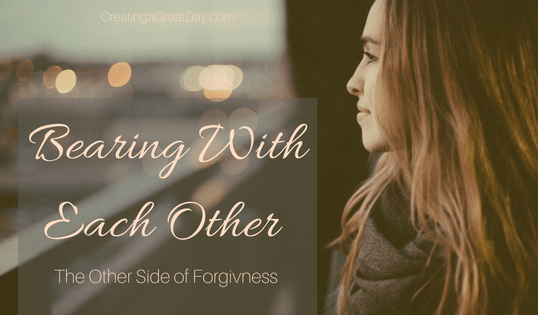 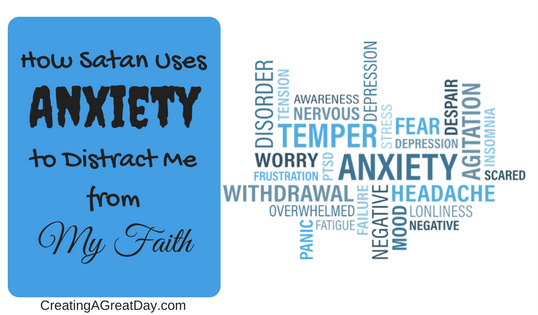 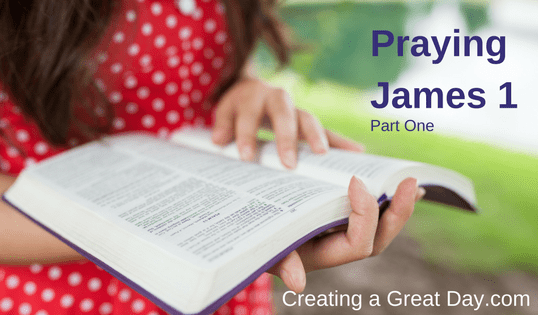 I love how God provides for us every step of the way. That’s great that you did not have to be alone, even though your husband couldn’t help you.

Yes, He is our Provider.

Toni, I have had many experiences like this, especially when I was single. My father was an airplane mechanic and was always working on cars. He taught me a lot. Now when things happen, I try to do just like you did, pray and wait. God is always faithful. Glad it all worked out and that you had someone there with you. That always helps. – Amy
http://stylingrannymama.com/

Yes, He is faithful.

Sometimes I think episodes like these are not diversions, but really the meat of learning to live in dependence on God. Instead of panicking, if we just let the Lord do what He will, things work out.

It’s wonderful that you reached out to God every step of the way! I would’ve probably prayed once with an all encompassing prayer, but you were very specific in your requests. You provide a great example of applying specific prayer during difficult situations. Thanks for sharing that!

God has been teaching me for quite some time. I learn everyday to depend on Him.

What an awesome perspective – turning a frustrating situation into a day filled with prayer. Thanks for the inspiration!

Thank you. I couldn’t have done that a few years ago.

This post reminds me of the song by Laura Story “Blessings”. We may not understand why things happen but know He is with us and we are able to take away something from every situation.

I don’t think I know that song. I’ll have to look it up. But, that is so true.

I’ve just purchased my first car, a 2014 Elantra GT. I had a less scary but similar experience when I discovered while trying to change my oil for the first time that the drain plug was totally rounded out. I couldn’t get it off with Robo grips or a socket wrench, so I tried to find the appropriate sized bolt extractor, but needless to say none of the auto parts stores near my house had one. I was really worried that the threads on the oil pan could be damaged. But in the end, it turned out fine, and I’m… Read more »

It’s so much better when we depend on Him.