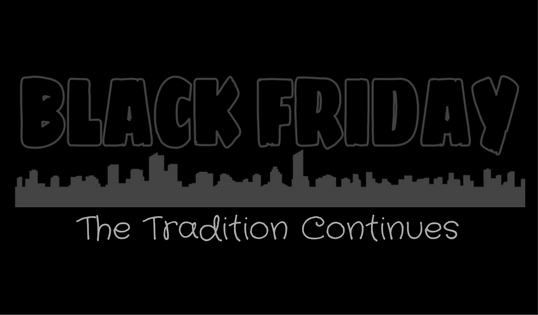 Our annual Black Friday shopping has added a new chapter.  I will say that Black Friday 2016 was the most unforgettable yet!  In the past, we have talked to Siri, listened to and sang “Dumb Ways to Die,” told stupid jokes, and have done some crazy things.  Black Friday 2016 definitely tops it all!

The rule is that once you turn fifteen, you can go Black Friday shopping.  This time, my sixteen-year-old middle son decided he wanted to go.  Apparently, this is not good when you put him with his thirty-two-year-old cousin’s husband, Jimmy, who is a former college football player (a big, big guy).  All I can say is, “Heaven help us!”

Our outing started out pretty normal.  Jimmy had already told us he had a YouTube song/video for us.  After we had made several stops, he decided it was time for the video.  It was “PPAP – Pen, Pineapple, Apple, Pen.”  Let me say, this is the stupidest thing we have seen yet.  It is so stupid that I cannot even laugh. 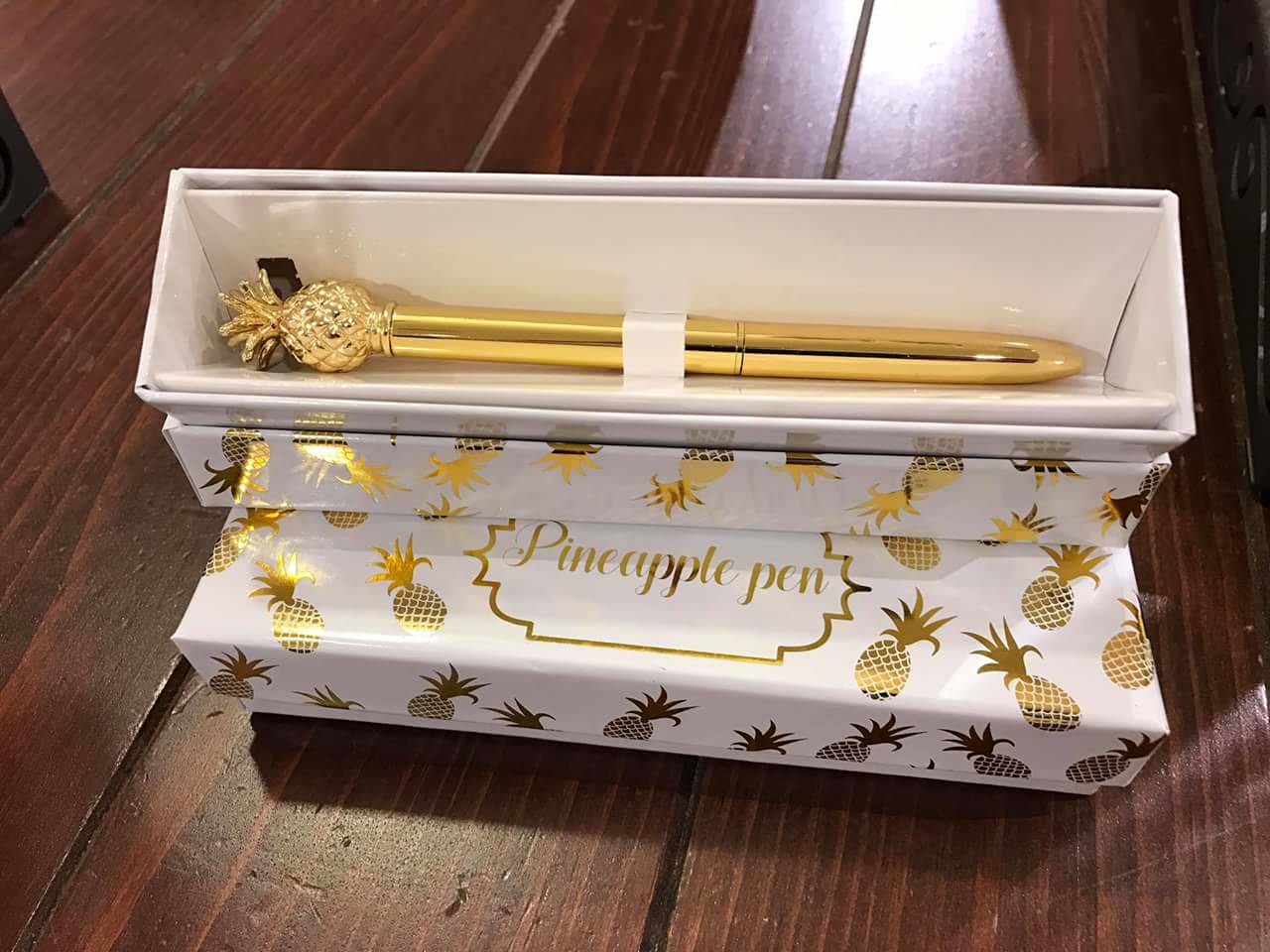 Our next stop was the mall to look at women’s boots for my niece.  While she was looking, the “boys” are discussing what size women’s shoe they would need.  Jimmy wears a men’s size 13 (Did I mention that he is a “big boy?”) so we knew he would not be able to find something to try on…in the women’s department.  So they set off to find a boot for my son.  They started with a lovely high-heeled sandal in a size 11.  He modeled it for us and then said it was pinching his little toe.  (He also almost fell twice and could not keep his balance in those four-inch heels.)

Then, Jimmy found the ultimate boot–a size 11 wide!  This made them both happy.  My son tried it on and stumbled around as other shoppers walked by giving them strange looks.  We were all laughing so hard.  Did I mention that it was around 2:00 a.m.?

These two continued getting in touch with their feminine side.  They looked at makeup in Sephora.  My son tried on sweaters that he had bought for his girlfriend.  He even did the model poses. Yes, I took plenty of pictures!  These two had quite the time and ended up getting lots of odd looks and lots of laughs. 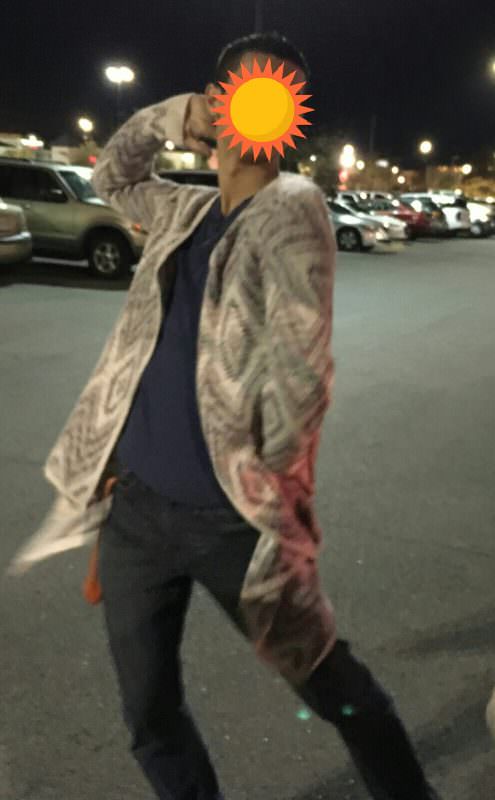 The highlight of the night (yes, it got better) was when we later made a stop at Quik Trip.  Remember the song that I mentioned earlier? It has a dance.  Before they got back in the car, Jimmy taught my son the dance in the Quik Trip parking lot at 5:00 a.m.  This was so funny!  And, yes we did get it on video.

Before anyone says that I should not have shared some of these embarrassing highlights, I did preface the night with the comment, “Remember, what happens on Black Friday goes on the blog.”  They were forewarned!

I do not know how we will top this next year,
but I am sure that they will try. 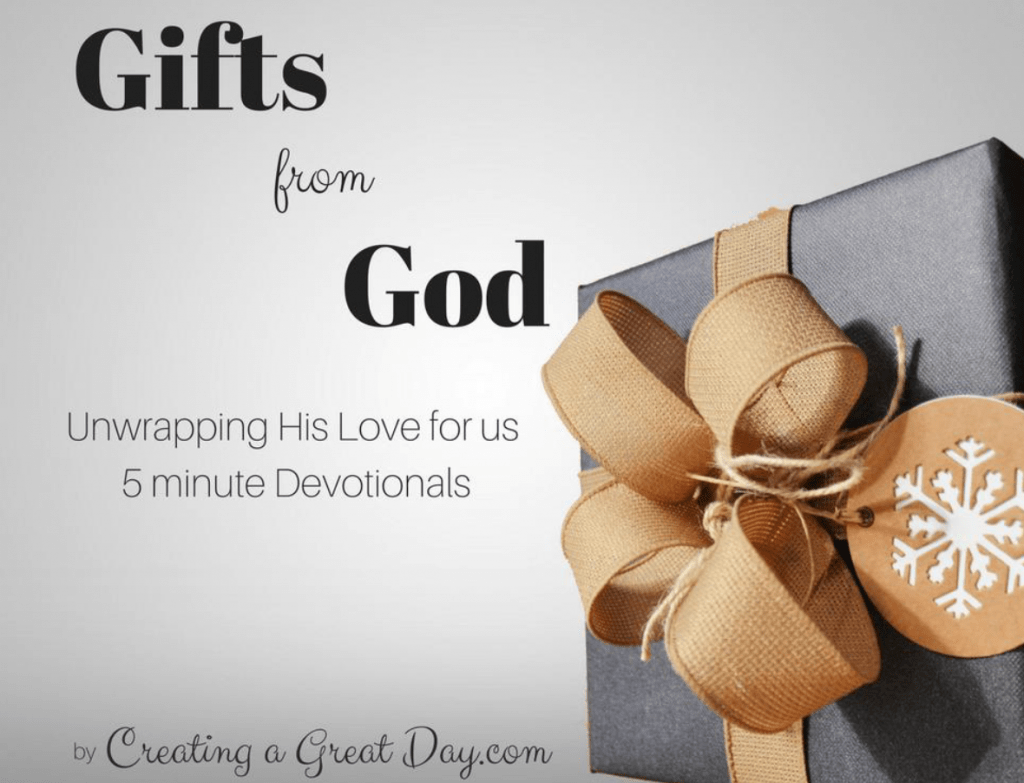 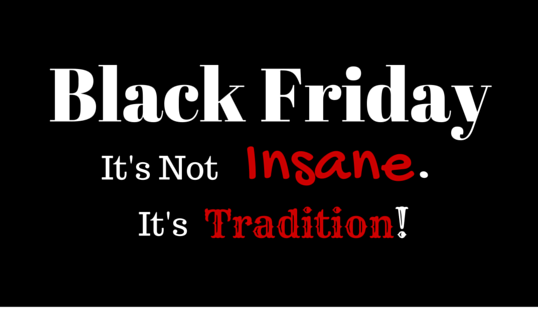 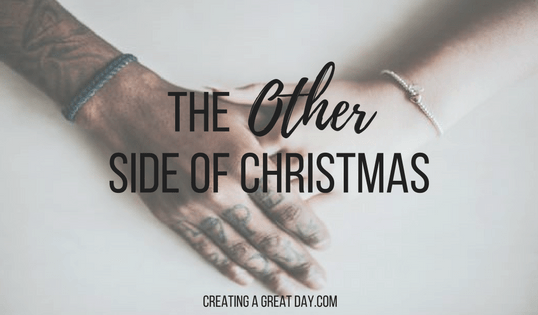 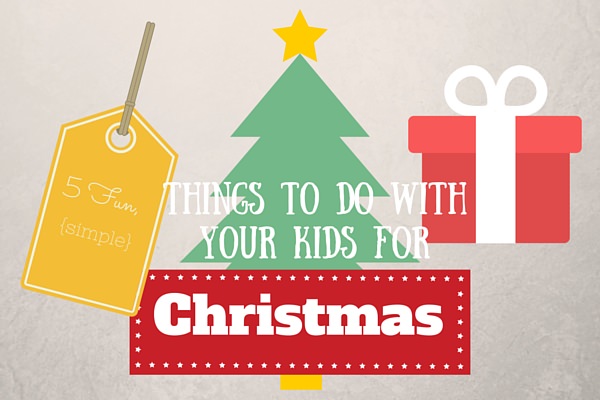 How fun!! I must say, I hate crowded shopping, but I do miss the fun times you can have with family/friends during sleepy shopping trips! Some of the funniest moments I remember during my teen years, were from early morning black-friday adventures! <3 I hope you get to top this year, next year! It means you will have a blast! 🙂

It’s always fun but I think that one will top them all!