Why I Got Baptized AGAIN!

I thought this was just a normal Sunday, filled with breakfast and coffee on the deck with my little family before church. I packed the kids’ clothes and towels, sunscreen, and swim suits and loaded the car. After church, they were going to swim at Nanny’s house while my husband and I had lunch with a friend. Just before we pulled out of the driveway, I told my husband I needed to grab a change of clothes in case I got hot in my church clothes later. I grabbed gym clothes, which was an odd choice, but I didn’t really put much thought into what I grabbed.

As we dropped the kids off, I overheard several people comment on how powerful service was as they passed by. I guess I should have believed them.

After yet another amazing sermon from our pastor, a church member took the stage with his son to be baptized. It was pretty incredible to watch a father/son baptism. After their baptisms, our pastor opened the stage to anyone else feeling the pull to be baptized. This is where my story begins.

(I grew up Catholic, so I was baptized as a baby. It was awesome knowing that had been done, and I was tremendously thankful for it. But as I got older and grew in my walk with God, it felt more like a checklist item, rather than something I was pulled to do. This explains why I was baptized “again.”)

The last time our pastor opened the stage to others wanting to be baptized, I should have gone. I knew I was supposed to, but I didn’t want to. I pushed the feeling to the side and made an agreement with God.  NEXT time there was an opportunity to be baptized, THEN I would go. Looking back, I realize that maybe it wasn’t just me dismissing the idea, but rather God telling me my time was coming and I would know what that time was.

When he made the announcement, my heart immediately started to race. I tried to reason with God again. “I know I said next time, but someone has already gone, so I will go next time.” I tried to dismiss what I knew I needed to do, when I remembered that I had a towel and a change of clothes in the car.

The deal was sealed when the song “O Come to the Altar” began. I had never heard this song, and I didn’t really hear it that morning either, because I was too busy trying to argue with God. Then I heard it, loud and clear. I heard the only part of the song I could remember when I left church that morning: “Jesus is calling.” I hung my head, and thought “Okay, God, I’ll go, but first, please stop making my heart beat out of my chest.” The song ended and a new one began. I was as calm as I’d ever been when I tapped my husband on the shoulder and told him it was time.

My husband accompanied me to the stage where men from his discipleship group met us. I was in a state of pure euphoria! The state of ecstasy is bizarre, but describes my feeling completely. I know we all have different experiences when being baptized, but I can tell you that the strangest feeling I’ve ever experienced was when my face was emerging from the water. It felt like slow motion as the water divided on either side of my face. I will never forget that moment. I remember the conversation with my pastor before he baptized me, and I remember telling him what words pulled me in after he baptized me. But other than our brief chat, I heard nothing, I saw no one but him and my husband as I sat facing the entire congregation. The abundance of peace I felt was undeniably comforting.

That evening my husband drafted a post he wanted to share on Facebook recounting his experience and excitement of my baptism. He was slightly offended, I could tell, when I asked him not to share. I told him that it wasn’t a coincidence that this baptism was unplanned, there wasn’t a photo to prove anything had happened, and that this experience was between me and God…not me and Facebook.

If you were there, I’m happy I got to share that moment with you. I don’t feel like I need to explain anything to anyone or even the reason why. All I have to say is that Jesus is calling.

So, Michael, this is for you.

“Like cold water to a weary soul, so is good news from a distant land.” 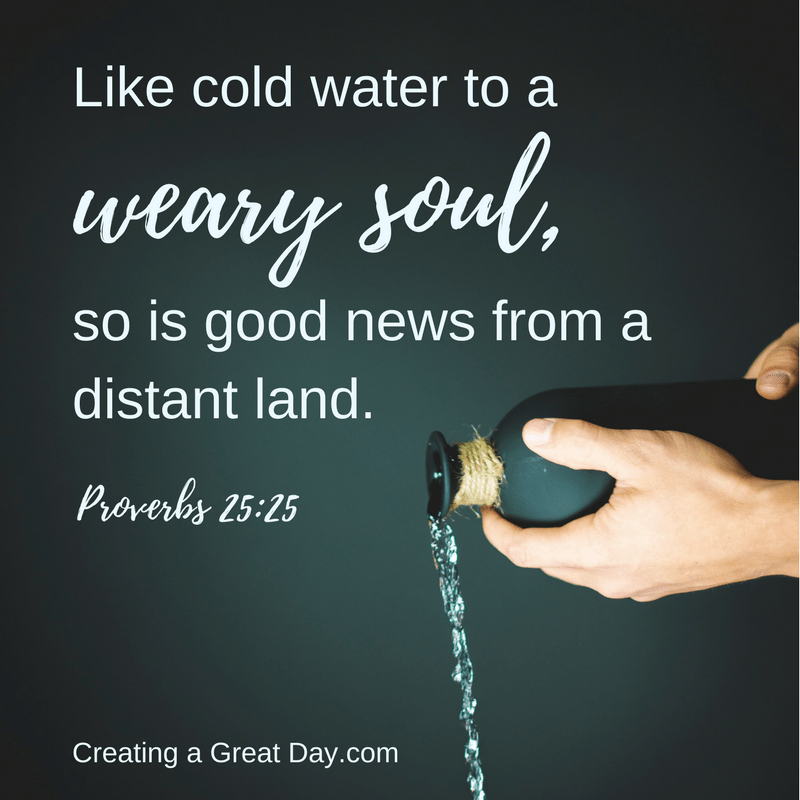 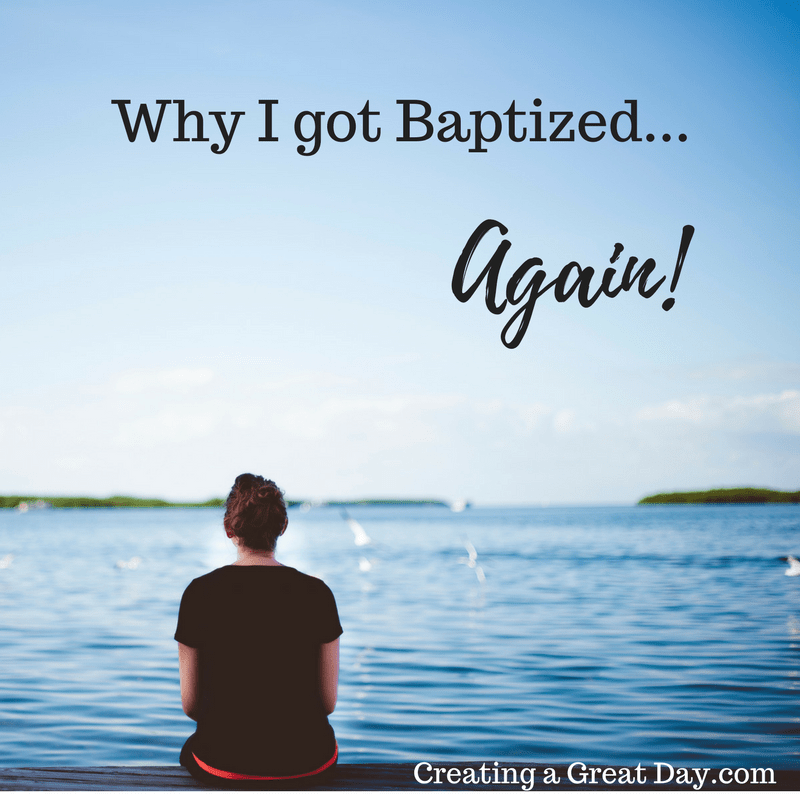